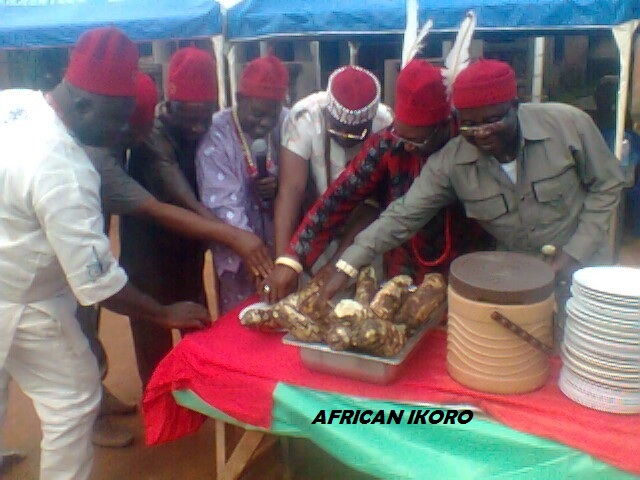 1. NSO NWANYI
In Igboland all women live apart from their husbands and neither cooks for them nor enters their husband’s quarters when she is in her period, she is seen as unclean.
Even up till today such practice is still applicable in some parts of Igboland especially by the traditionalists.

EDUCATIVE | Ekwensu Is Not Satan, Ekwensu Is A Deity Of War In Igbo Land

The Concept Of Satan Or The Devil, How It All Began, Is Satan Actually An Enemy Of God? {must read!}

Leviticus 15: 19-20
When a woman has her monthly period, she remains unclean, anyone who touches her or anything she has sat on becomes unclean.

2. ALA OBI
An Igbo man’s ancestral heritage, called “Ana Obi” is not sellable, elders will not permit this. If this is somehow done due to the influence of the West the person is considered a fool and is ostracized by the community.

1 king 21:3
I inherited this vineyard from my ancestors, and the lord forbid that I should sell it, said Naboth.

3. IKUCHI NWANYI
Igbos have practiced the taking of a late brothers wife into marriage after she had been widowed until the white men came. Now it is rarely done but except in very rural villages.

Deuteronomy 25:5
A widow of a dead man is not to be married outside the family; it is the duty of the dead man’s brother to marry her.

4. IGBA ODIBO
In Igboland, there is a unique form of apprenticeship in which either a male family member or a community member will spend six(6) years (usually in their teens to their adulthood) working for another family. And on the seventh year, the head of the host household, who is usually the older man who brought the apprentice into his household, will establish (Igbo: idu) the apprentice
by either setting up a business for him or giving money or tools by which to make a living.

Exodus 21:2
If you buy a Hebrew slave, he shall serve you for six years. In the seventh year he is to be set free without having to pay you anything.

5. IRI JI
In Igboland , the yam is very important as it is their staple crop. There are celebrations such as the New yam festival (Igbo: Iri Ji) which are held for the harvesting of the yam.

Those old days it is an abomination for one to eat a new harvest before the festival. It’s a tradition that you give the gods of the land first as a Thanksgiving.

Deuteronomy 16:9
Count 7 weeks from the time that you begin to harvest the crops, and celebrate the harvest festival to honor the lord your God, by bringing him a freewill offering in proportion to the blessing he has given you.

Celebrate in the lord’s presence together with your children, servants, foreigners . Be sure that you obey my command, said the lord.

6. IBE UGWU
In Igboland it’s a tradition that the male children are circumcised on the 8th day. This tradition is still practiced till date.

Leviticus 12:3
On the eighth day, the child shall be circumcised.

7. OMUGWO
In Igboland, there is a practice known as “ile omugwo “. After a woman has given birth to a child, a very close and experienced relative of her, in most cases her mother is required by tradition to come spend time with her and her husband. In which she is to do all the work of the wife, while the new mom’s only assignment will be to breastfeed the new baby.

This goes on for a month or more. In the Igbo old tradition, at this time, the new mom lives apart from her husband, would not cook or enter his quarters.

Leviticus 12:1-4
For seven days after a woman gives birth, she is ritually unclean as she is during her monthly period. It will be 33 days until she is ritually clean from the loss of blood; she is not to touch anything that is holy.

Our ancestors have long practiced these tradition ever before the white man set foot on our soil with their Christianity.

Was it a mere coincidence that most Igbo tradition are biblical?

Evidence of Jewish tradition and culture.