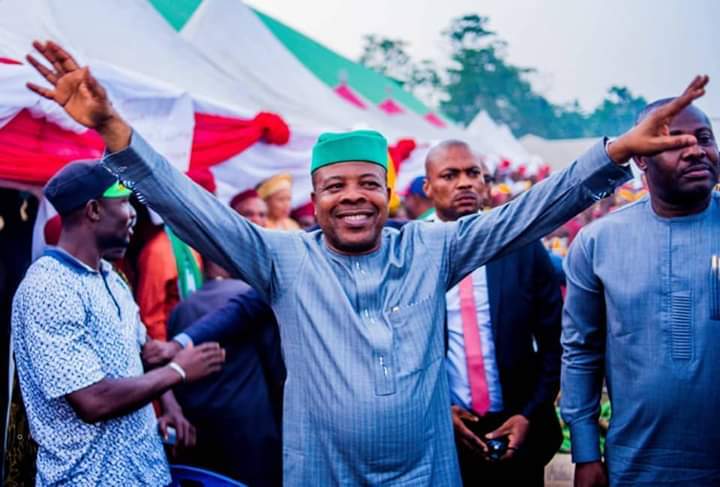 The Chief Press Secretary to the INEC Chairman, Rotimi Oyekanmi, was gathered to have in a media interaction, said that “once INEC makes a declaration, it stands by it”.

He had, however, acknowledged that, “the law provides for any aggrieved party or candidate to go to the Election Petitions Tribunal to contest a declared election result;” insisting that “once INEC makes a declaration, it stands by it”.

Oyekanmi was cited to have remarked: “About 12 Certificates of Return have also been issued. When you consider the fact that elections were conducted into 1,558 constituencies for the 2019 general elections, you will agree with me that the overall elections have by far been credible, free and fair”.

He narrated that “a total of 807 post-election petitions were filed at the Tribunals after the 2019 general elections. Out of these, 582 were dismissed, 183 were withdrawn by the petitioners and 30 reruns were ordered.”

INEC had declared Emeka Ihedioha of the Peoples Democratic Party (PDP) winner of Imo governorship election with 273,404 votes, while Hope Uzodinma of the All Progressives Congress (APC) who was fourth with 96,458 votes was declared winner of the election by the Supreme Court with figures that do not correspond with INEC records.