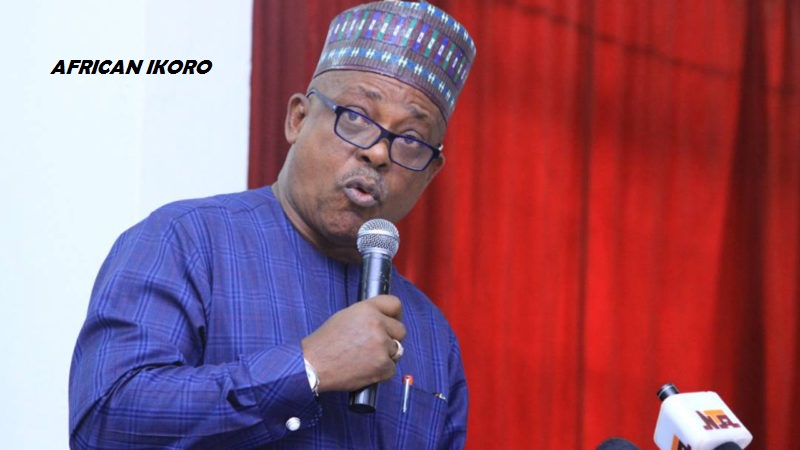 The National Chairman of the Peoples Democratic Party, Uche Secondus, on Friday proposed that PDP National Executive Committee members will embark on a protest against the judgement of the Supreme Court which sacked the PDP Imo State governorship candidate, Chief Emeka Ihedioha, as the duly elected governor of Imo State.

READ ALSO :: The Mandate You Freely Gave Me Has Been Truncated By The Supreme Court, Governor Ihedioha Addressed Ndi Imo

Speaking during its ongoing emergency NEC meeting in Abuja, Secondus said the proposed protest was to impress it on Nigerians that injustice had been done to the party.

He stated that the mandate given to the party by the Imo electorate had been snatched from the party.

According to him, the declaration of the Imo State candidate of the All Progressives Congress, Chief Hope Uzodinma, as the Imo State Governor is a miscarriage of Justice.

He said though the ultimate justice would come from God Almighty, the aggrieved PDP leaders must speak out against injustice as their silence would be taken for consent

to the alleged injustice.

Furthermore, the Chairman, PDP Board of Trustees,  Senator Walid Jubrin, said he dressed as a warrior in Igbo attire to depict that Nigeria is at ‘war.’

According to him, the alleged injustice in Imo was not only done to the PDP but to all Nigerians.

He stated that the party had not recovered from the alleged injustice.

He said, “Nigeria is getting to an end if we continue this way.”

Also, the 2019 PDP presidential candidate, Atiku Abubakar, said the PDP and the G34 fought and brought democracy to Nigeria.

He said,  “Our party governed very well from 1999 to 2015. As true democrats, we handed over party to the ruling party, hoping that it will deepen democracy, alas we have been disappointed.”

Atiku called for the constitution of a committee to review what happened at the last election and make necessary recommendations.

He said the roles of the  Independent National Electoral Commission and security agencies should not be taken for granted.

According to him, taking them for granted would be the end of the struggles of the founding fathers of the party.

“It is our duty to reincarnate the struggles they made that brought the democracy that APC is enjoying,” Atiku submitted.