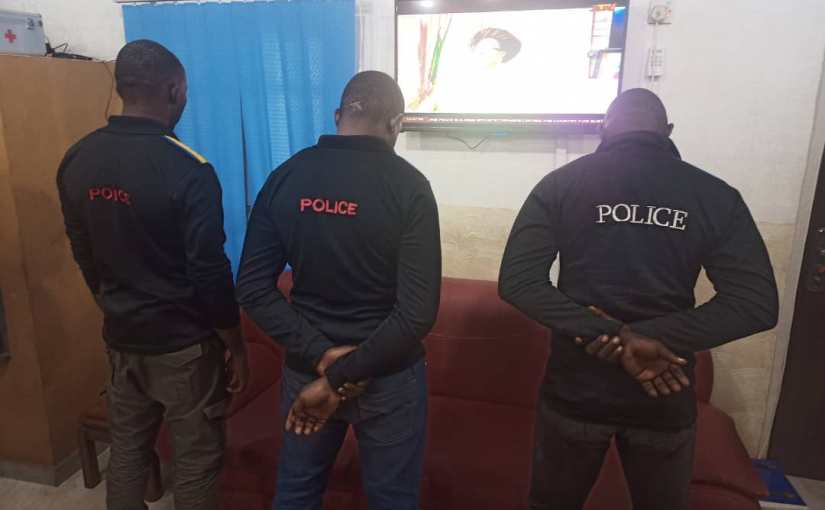 Enugu State Police Command has paraded three of its officers who were caught brutalising a civilian identified as Mr Justice Obasi in a viral social media video.\

Chi-Ukwu vs Chi, {God vs Personal god} Do The Igbo Worship Many gods?– {must read!!!}

It was learnt that the incident which took place on January 4 along Kenyatta Street, Uwani, Enugu attracted the attention of the Inspector General of Police who ordered the identification and prosecution of the erring officers.

Commissioner of Police in Enugu, Mr Ahmed Abdurahman, while addressing journalists in his office on Monday revealed that the command had constituted a panel of inquiry whose report would be used as a base for the orderly room trial of the affected officers.

He said the panel had been given three days to conclude its work and report back to the command through his office.

“After the panel’s three days’ work, we will look into the panel’s findings and recommendation. Then, they will definitely face orderly room trial and after all these we know what level of punishment will be meted on them,’’ he said.

The commissioner said that the Inspector General of Police, Mr Mohammed Adamu, who had seen the video clip and was quite disturbed.

“The members of the public should know that the Nigeria Police under the present IG cannot condone and shield such uncivilized characters.

“Nigerians should know that the negative action of the erring personnel is unprofessional and does not in any way reflect the image and attitude of the Nigeria Police. We are here to police with human face and some level of decorum and civility,’’ he said.