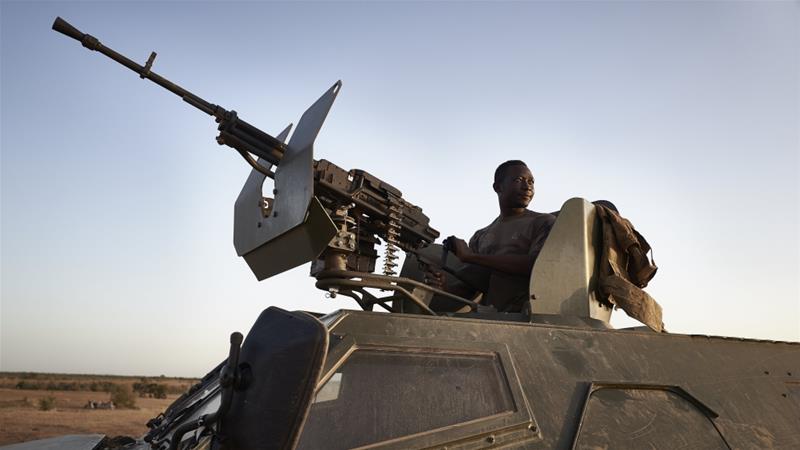 An attack in Burkina Faso has killed 35 civilians, almost all of them women, in one of the deadliest assaults to hit the West African country in nearly five years of violence.

Seven soldiers and 80 armed fighters were also killed in Tuesday’s double attack on a military base and Arbinda town in Soum province, in the country’s north, according to the military.

“A large group of terrorists simultaneously attacked the military base and the civilian population in Arbinda,” the army chief of staff said in a statement.

“The heroic action of our soldiers has made it possible to neutralise 80 terrorists,” President Roch Marc Christian Kabore said. “This barbaric attack resulted in the death of 35 civilians, most of them women.”

“People, women, for the most part, were getting water and got murdered in cold blood by the terrorists while they were retreating. We must show compassion with the population, that is why all flags will fly at half-mast for two days and all Christmas celebrations are cancelled.”

Islam is the dominant religion in Burkina Faso, a country of about 20 million people, but there is a sizeable Christian minority of about 20 percent.

The president has declared 48 hours of national mourning.

The morning raid was carried out by dozens of fighters on motorbikes and lasted several hours before troops, backed by the air force, drove the attackers back, the army said.

No group immediately claimed responsibility for the attack, but previous violence in Burkina Faso has been blamed on fighters linked to al-Qaeda and ISIL (ISIS) groups.

“This is the worst attack ever, as far as I know, in Burkina Faso, which had its first terrorism attack only in 2015,” said William Lawrence, visiting professor of political science and international affairs at George Washington University’s Elliott School. “Both their frequency and lethality have been increasing, but this is much much worse.

“This is a group led by someone from Burkina Faso, who’s recruiting fighters from Burkina Faso, even though they launch attacks from Mali. And while they are trying to sow chaos and they are under pressure from the French, their main goal is to liberate this area and establish an Islamic state, not unlike what we saw in north Mali in 2012.”