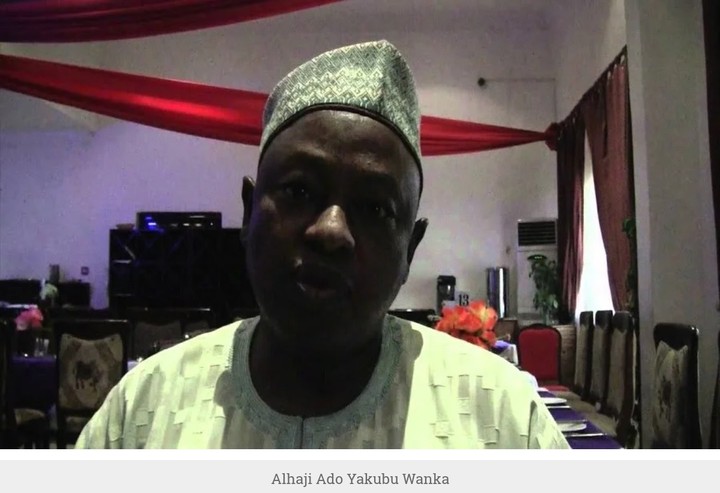 Speaking on his appointment, Dr. Adesola Adeduntan, Chief Executive Officer, First Bank of Nigeria Limited said, “We are delighted to welcome Alhaji Ado Yakubu Wanka, to the FirstBank Board. We are especially excited that he is bringing a combination of complementary skills and rich experience to the table which will no doubt enhance the quality of governance towards meeting our strategic goals.

Alhaji Ado Yakubu Wanka attended Government Secondary School, Bauchi (1966 – 1970), Federal School of Science, Lagos (1971 – 1973), holds a B.Sc. in Chemical Engineering from Ahmadu Bello University, Zaria (1973 – 1977) and an MBA from the same institution (1982 –1984). He is also an alumnus of the Harvard Business School and Switzerland’s Institute of Management Development, Lousanne. Alhaji Wanka served in the National Youth Service Corps (NYSC) as a graduate assistant with the Department of Chemical Engineering, Obafemi Awolowo University (OAU), Ile Ife. Thereafter, he started his managerial career as a young process engineer with Ashaka Cement Company Plc where he rose to the position of Deputy Production Manager

After completion of his MBA degree, Alhaji Wanka acquired further managerial competence during his stay with the Northern Nigeria Development Company (NNDC), Kaduna. During the period, he participated actively in new business development and monitoring of NNDC’s quoted and unquoted investments and left as Principal Investment Executive.

Alhaji Wanka began his banking career in April 1988 with the then Nigerian International Bank (Citibank Nigeria) where he served for six months as Deputy Manager. He was with the FSB International Bank Plc from 1991 to 1997 and rose to become Executive Director. He assumed duty as the MD/CEO of the then Gamji Bank Limited in 1997, moved to First Bank of Nigeria Plc in 1998 as Executive Director, where he spent about eight (cool years. In between his banking career, Alhaji Wanka spent three years in the Nigerian National Petroleum Corporation (NNPC) – September 1988 to April 1991 – where he was Acting Head, New business Development Unit and later Head, Strategic Planning Unit of the Corporation.

With experience in Corporate and Investment Banking, he served in various capacities in other organisations, most notably as Executive Director, Finance and Administration and also, Chairman of the Board of the Nigeria and Sao Tome Joint Development Authority (an agency which oversees the commercial exploration of mineral resources in the Joint Development Zone covering the overlapping maritime boundary between Nigeria and Sao tome & Principe).

Alhaji Wanka joined Unity Bank in March 2008 as a Group Executive Director, initially in charge of Retail Banking and later Risk Management & Control Directorates. He retired in August 2013, after serving as the Bank’s Managing Director for two (2) years.