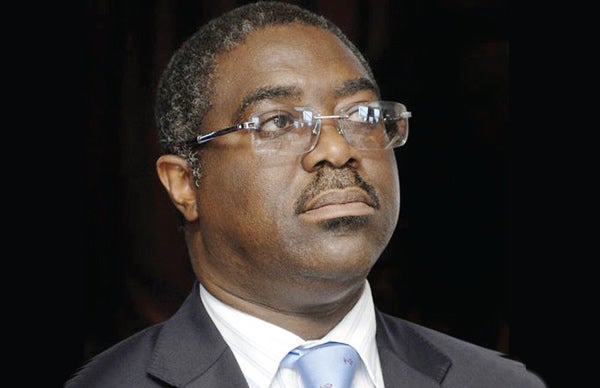 Workers of the Federal Inland Revenue Service on Tuesday faulted the decision of the immediate past Chairman of the FIRS, Mr Babatunde Fowler, to hand over to the Coordinating Director, Domestic Taxes Group, Abiodun Aina.

Fowler, whose replacement was announced on Monday by the Federal Government, had handed over to Aina in acting capacity, pending the confirmation of a substantive chairman.

But at an emergency meeting held on Tuesday at the Association of Civil Servants’ secretariat in Abuja, the workers said the action of Fowler violated the presidential directive on the handover.

Specifically, the union in a communiqué issued at the end of the meeting said Aina could not be regarded as the most senior director in the FIRS.

It read in part, “The attention of the Joint Union Council of FIRS has been drawn to the handover of the chairmanship of FIRS on acting capacity to Mr Abiodun Aina on Monday December 9 2019.

“This was a clear departure from the Presidential directive on the handover as he (Aina) is not the most senior director.

“Mr Abiodun Aina in the first instance does not have the basic qualifications to be employed into the Service. Secondly, his appointment to the position of Coordinating Director was against the provision of Section 2.19 of the FIRS Human Resource Policies and Processes.”

The section states that “Appointment to the post of the Coordinating Director shall be made by the board on the recommendations of the executive chairman. The appointment shall be open to all confirmed directors of the Service and it shall be competitive based on experience, competence and seniority.”

The union also stated that Aina was never a director in the Service, adding that he was a Senior Special Assistant to Fowler.

The union said if the President’s directive was not reversed by Friday, it would no longer guarantee industrial harmony at the service.

“If by the close of work on Friday, 13th December, no action is taken to this effect, the union will no longer guarantee further industrial harmony in the system.”