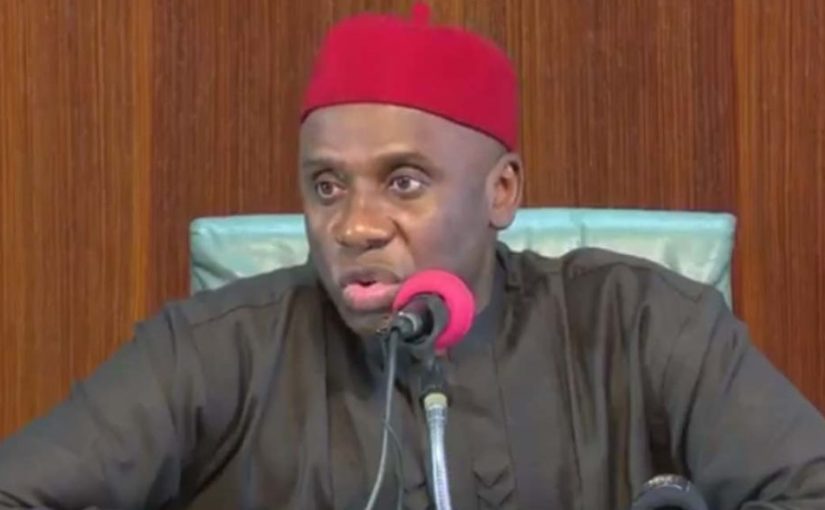 Nigeria’s transport minister, Rotimi Amaechi, on Thursday denied receiving any money as pension from the Rivers state government. In his Tweet reaction to a story published in Daily Trust newspaper today, the former Rivers state governor said he does not believe that he should receive any pension as ex-governor while currently serving as a minister.