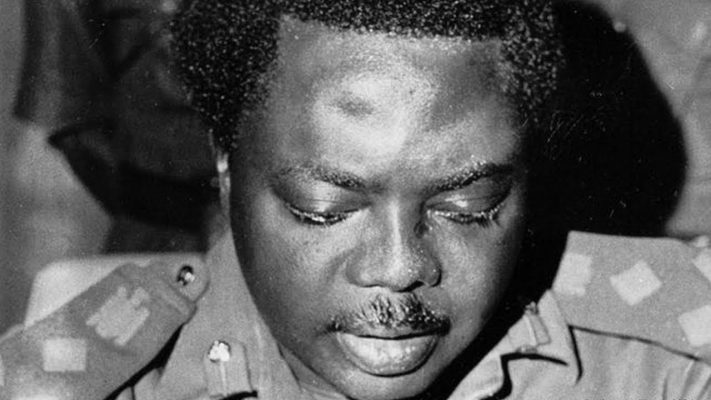 Risqua Muhammed, a son to the former Nigerian Head of State, late General Murtala Muhammed, on Monday said his late father left only N7,000 in his bank account despite being the nation’s number one citizen.

He spoke during the unveiling of the statue of his late father at the entrance of the post-graduate hall of residence at Obafemi Awolowo University, Ile-ife, Osun state which is known as Murtala Muhammed Hall.

Muhammed noted that his father fearlessly fought corruption during his tenure in office as the Head of State and lauded President Muhammad Buhari for doing the same.

Muhammed said his father who died 43 years ago served Nigeria with integrity during his 200 days in office.

He said he was excited for the honour by post graduate students of Obafemi Awolowo University.

The son of the late Head of State however urged Nigerians to support the crusade against corruption by President Muhammad Buhari-led administration.

In his remarks, the Vice-Chancellor of the Obafemi Awolowo University, Professor Eyitope Ogunbodede, commended the family of the late icon for maintaining the legacies of their father.
He said the late Head of State was a leader to celebrate because he did not acquired wealth when he was alive.

The Program Coordinator of the Murtala Muhammed Foundation, Mr. Solomon Okonkwo, expressed gratitude to the OAU Post Graduate students for remembering the former Head of State.