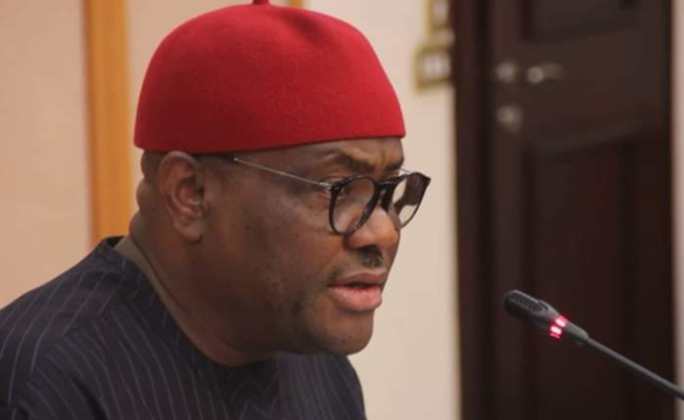 It was earlier this year that Wike first declared Rivers a Christian state, a claim he repeated recently at a church event in Port Harcourt, the state capital. Combative as usual, he said, “I repeat the declaration with authority and I owe nobody an apology; Rivers is a Christian state”.

The governor did not explain whether he was referring to majority of the state’s residents being Christians or to recognising it as state religion. The latter is explicitly forbidden by the 1999 Constitution, while the context in which the statements were made negated his official position that demands neutrality and that he be a father to all residents of the South-South state.

The assertion should also be situated within the sectarian tensions that have wracked Nigeria for decades, resulting in mutual hostility and frequent blood spilling. Evidence of widespread sectarian suspicion surfaced in Rivers in August when a routine demolition of illegal structures led to rumours, later found to be unfounded, that a mosque was targeted. The 1999 Constitution is unambiguous, declaring in Section 10 that “The Government of the Federation or a State shall not adopt any Religion as State Religion”. At the same time, Section 38 reinforces the right of every Nigerian to freedom of thought, conscience and religion. The responsibility of the federal and state governments is to guarantee freedom of worship, including the right not to profess any faith.

Those tempted to cheer Wike today in response to having persistently suffered from exclusionary religious policies from other faiths should pause; two wrongs never make a right. Endorsing injustice today means accepting it later from other actors. Hypocrisy too has been on display; some groups in the North and Governor Abdullahi Ganduje of Kano state, who have been recklessly promoting exclusionary religious policies too, rose to criticise Wike.

The Rivers provocation is however minor when placed alongside the travesty inflicted on Nigerians by successive federal administrations and many state governments. While the Federal Government continues to overtly promote two faiths – Islam and Christianity – to the exclusion of others, including spending large sums on funding pilgrimages, most state governments have spent scarce resources on religious activities, while poverty, insecurity and economic ruin pervade their territories. Twelve northern states have taken this impunity to the limit by introducing penal aspects of Islamic Sharia law, setting up religious vigilantes, segregating citizens and destroying consignments of alcoholic beverages, whose production, distribution and consumption are legitimate means of livelihood.

Intolerance, helped along by elite connivance, has taken a heavy toll on lives, property, the economy and national cohesion. The National Security Tracker, by the think tank, Council of Foreign Relations, recorded 2,037 deaths from sectarian and communal (that often assume sectarian hue) violence in 2018, up from 1,041 killed in 2017. It is a long-running trend, especially in the Northern states where religious intolerance and state partisanship are most brazen. The United States Council on International Religious Freedom said about 10,000 persons perished in attacks and reprisals between Muslims and Christians in the 10 years to 2008.

The World Atlas/World Facts resource defines a secular state as one where the state is kept separate from religion and state does not interfere in religious affairs so long as laws are adhered to. It identifies 96 secular states around the world. Researchers have found a convergence between stability, prosperity and states that actively practice and promote separation of religion and the state. It is no coincidence that the most stable countries ranked on the Fragile States Index 2019 like Finland, Norway, Switzerland and Denmark are decidedly secular states, while the most wretched like Yemen, Somalia and Afghanistan, are failed or failing states riven by violent religious factions and state promotion of religion. Once stable Syria and Iraq, whose respective Baathist parties promoted secular ideals, have since plunged into horrific civil wars made intractable by religious factions where state sectarianism takes centre stage.

Wisely, though their monarchs are, or were, also constitutionally, heads of the Church of England and Church of Norway (until 2017) respectively, the United Kingdom and Norway are scrupulously secular states. The 12 states that have been most unrestrained in promoting religion in Nigeria are also largely the most wretched. A joint report by the UNDP and National Bureau of Statistics ranked Sokoto, Jigawa and Yobe in 2017 as having the highest poverty incidence. The North-East has been laid low by Islamic terrorism for a decade. Though they divert scarce resources to religion, banditry, armed robbery, kidnapping and drug abuse, vices that were once higher in southern states, have rendered swathes of the northern states now inhospitable. The National Drug Law Enforcement Agency, NBS and the Centre for Research and Information on Substance Abuse reported rising incidence of drug abuse in the northern states, including among women. Insecurity is rampant in Rivers, many youths jobless and infrastructure broken – these deserve Wike’s full attention. State immersion in religion guarantees neither peace nor morality.

There should be a change of focus by state governments to improving the lives of people. Ganduje, who has just unwisely created a ministry of religious affairs, should tackle poverty, drug abuse and rehabilitate the three million child beggars he once said roamed the streets. Wike needs to tame violence in Rivers, while all 36 states, to survive and mop up the millions of their unemployed youths, should devote all energy towards transforming into vibrant economic units.

Politicians should stop the cynical manipulation of religion for political ends, guarantee Nigeria’s secularity and forge an inclusive polity that accommodates and creates equal opportunities for all, irrespective of ethnic nationality or faith.