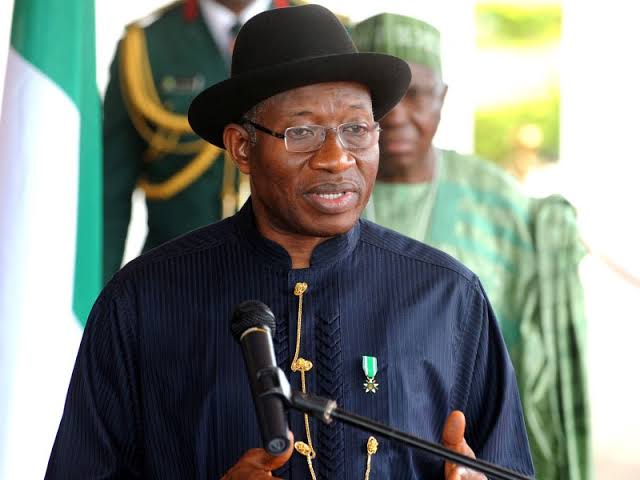 FORMER President Goodluck Jonathan yesterday said Africa politicians are replacing military coups with political coup d’ tat to remain in power but he, however, insisted that such cannot sustain the African continent.

President Jonathan stated this while speaking on behalf of other awardees at the 17th graduation ceremony of Igbinedion University Okada, Ovia North East Local Government Area of Edo State.
He was honoured with the degree of Doctor of Science by the Igbinedion University. He said “What happened in the last governorship elections in my state, Bayelsa and Kogi state. “Especially in Kogi state when that young lady was burnt alive in her house, something that should not happen in any normal society. Something is fundamentally wrong with our political system. “Only yesterday in the Ndjame Niger Republic, we were discussing the politics of our continent. Most of us former Heads of State, Presidents, former presidents, vice presidents. “The way Africa politics is going we are replacing military coup with a political coup de’ta and that cannot sustain the continent”, he said.

He pleaded with politicians to play politics by its rules for the overall interest of Nigerians and commended the founder of the University for his perseverance and doggedness for sustaining the university over the years saying that government alone cannot champion the course of its citizen’s education alone. He also called on the founder of the institution to resuscitate his moribund Okada Airline to add to the nation’s aviation sector adding that Nigerians wanted it back. Earlier, the Hon. Chancellor, Sir Gabriel Igbinedion, said the institution, in its first 20 years, has graduated well over 1000 doctors while the Medical and Dental Council of Nigeria (MDCN) says it has inducted only a little over 82,000 medical doctors. The Institution’s Deputy Chancellor, Lucky Igbinedion who spoke for his father, the Hon. Chancellor of the institution, Sir Gabriel Igbinedion also said the World Health Organization (WHO) disclosed that Nigeria needs a total of 237,000 doctors for efficient healthcare delivery but only 35,000 doctors are available. On his part, the pro-chancellor and chairman, governing council, Prof. Sheikh Amhed Abdullah, he tasked the students to use the knowledge gathered over the years to transform the country. Also speaking, the Edo State Governor, Mr Godwin Obaseki while commending the university for its success recorded since its inception, said his administration has invested much in the education sector through the introduction of the EDOBEST programme where teachers are trained and retrained stressing that it has made students and pupils move from schooling to learning.