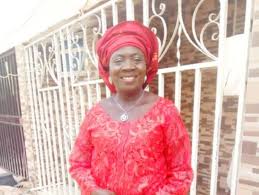 Mrs. Salome Acheju, a PDP women leader was killed and burnt on the 18th of November 2016.

Thugs believed to be of the APC invaded her home while she was asleep and set the house on fire. Eyewitness accounts said she was shot at severally when she tried to escape from the room.

The Nigerian authorities said they have arrested some of the culprits. However, Editorial Times gathered that they are yet to be charged to court.

Nigerian women, especially those from Kogi state took to the streets of Abuja, the Federal Capital Territory on Friday to demand for justice for the late Mrs. Salome Abuh.

In the video, they could be heard chanting “Justice for Salome”.