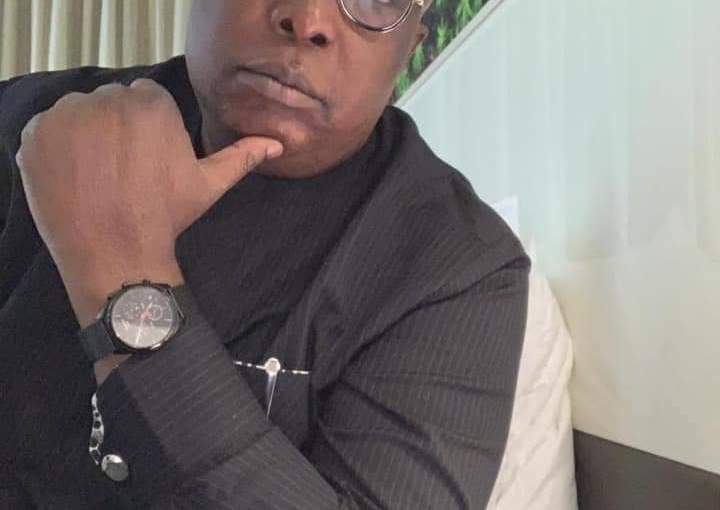 Let me make myself clear from the onset. There is no mistake in the combination of the two words above. I am not concerned here about buyers but readers. So, readers, beware! That is the difference between “emptor” and “lector”.

What brought about my asking readers to beware? It is my gentle call on readers to note the change in my status. It does appear that, going to five years since I left the Senate, many still assume that I am still in the upper chamber with the allowance warts and all.

Yes, it’s true I was a Senator. I stopped being one since 2015. Yes, 2015! We are in 2019, marching on to 2020. It is four years now since I stopped being a senator. When you stop being a senator, your salary and allowances cease. What is left is the title which the creators of that position graciously leaves you with, to massage your ego for the rest of your life.

Yes, sometimes, the ego needs massaging. The title gives you access to protocol or VIP lounges at the airport; a few benefits and respect here and there. It also looks good as a handle to your name on your call card. Yes, it is good to do with some of these.

Often times, it also doesn’t help. It could act as one of those privileges that far remove you from reality, from real people and real situations that define life.

You enter into the economy class in a plane and everyone begins to look at you as if you have missed your road. That look of what is he doing here with all the money he earns or he has stolen. You are suspended in the cloud; your feet never touching the ground. It gives that attitude of, if rice is expensive, why can’t they eat noodles?

Like our governors who move around in chartered planes and do not know the roads in their states are no longer passable, you are shielded from the majority and imprisoned with the minority who continue to lose touch and inhabit the dizzying height.

For me, Babafemi Ojudu, this title is becoming an albatross. It seems no one wants to believe that that innocent reporter who went on adventure to the Senate is no longer a member of the Red Chambers.

Everyone I deal with, from the mechanic who repairs my car, to the laundry man, the one who want to help carry my bag at the airport, friends and acquaintances on social media, relations, the ubiquitous local politician, all still want to take that pound of flesh for having, as they say “made much money from the Senate”.

Yes I have a lot of flesh left in my body, thanks to the culinary indiscipline of the past, but the flesh has since left my bank account. If you don’t believe, ask my bank manager and I’m willing to supply my BVN, the three-letter albatross of the covetous.

Now I am pleading, when you offer me services, please charge me as you will people who never bear that title – “senator”. Look at me more like that reporter or editor of yesteryears who you take pity on. I am back on the beat.

In stores, on the streets where I want to buy roast corn or plantain, at mama put, at Iya Oyo, the amala joint, or Ojuelegba in Gwarinpa, the one issuing me a boarding pass at the airport, security men, messengers at offices, colleagues, drivers, the gatemen in their homes, farm workers I have had to hire, work men carrying out repairs in my home – I mean the electricians, plumbers and sundry others, area boys and girls, everyone I encounter and have to deal with one way or the other, think wrongly that this income I last earned many years ago is still very much there and they must take their own share by hook or crook. I beg your pardon!

Accept a request on social media, innocuously wish someone a happy birthday and then the torrents of requests; my house rent is due, mum is in the hospital and could not pay bills, school fees is due, wedding requirements not yet complete for lack of funds, visa in the kitty but no money to buy traveling ticket, daddy is dead and in the mortuary and no money yet for funeral expenses, fibroid surgery recommended but no money, children have not returned to school for lack of money to pay fees. All of these, for me who Baba Buhari only pays a survival wage for giving advice now? Haba! E s’aanu mi. E de b’eru Olorun!

I have had to instruct my wife to resort to her maiden name, when engaging in any transaction. Many at times, she has had to be surcharged for bearing my name. The pressure on my adult daughters who still carry around my name with pride is enormous and one almost broke down crying, relating her experiences to me.

For my son, who is into music, I have admonished him to pick his own identity. He made a mistake thinking that by being the son of a senator, things will get easier for him and doors will be opened. Na lie, as we say in pidgin. Who sai!

Virtually everyone he has had to deal with him tried to skin him on account of his being a senator’s son, albeit a former one.

For those who may still not believe me after going to this length to make this caveat, let me inform that yes there was much money made in the course of the four years in the Senate, I won’t deny that, sugbon, bo se wa lo se lo.

As we received so did we give back to the constituents who sent us there via their constant and unending demands and pressures. If the pressure could be this much, five years after, imagine what it was when one served.

Where, dear reader, did you think all of those money spent on buying trailer loads of rice to share at Christmas came from?

Where do you think the money with which rams and cows were bought at Sallah for Muslim faithful came from?

What of the musicians I have had to ‘spray’ at your function? Impressing you and impressing your musician without which they would compose songs to deride me, calling me stingy and all manners of deprecation…
Inheritance from my parents? All of those school fees we were made to pay, hospital fees, the weekend feast and jollifications in lawmakers’ homes and the transport fare after quaffing many bottles of beer and wine and you still sneaked one into your bag, where do you think it all came from? The proceeds of an investment? Owo Abu, la fi nse Abu l’alejo.

You take all of this, blackmail me to do more so that I can return for a second term and yet you still return home and accuse me of being corrupt, getting paid more than any other lawmaker in any other part of the world.

Many who have served or still serving at state or national level have a tale such as this to tell but they couldn’t because with your vote, they believe you could punish them and deprive them the benefit of returning. You blackmailed them and they too blackmailed themselves.

The other day, a constituent in the diaspora reported me to a relation that I came to address a meeting in London and I didn’t share money . Even you? You live in such a place and you didn’t know this is not part of why a lawmaker is elected, not his function. Just imagine an American or a British parliamentarian visiting Nigeria and Americans living here want him to bring a truckload of dollars to share.

Dear compatriots, tell me how many American congressmen and women hired caterers to feed constituents every day he visits his constituency? How many is responsible for the hotel accommodation of his political leaders when they visit the capital? How many rent offices for their party and pay the staff employed therein? Did constituents in America request money for transportation to attend party meetings? Where else in the world are party members paid, fed, clothed and transported to attend party functions? Yet, you talk of corruption. What is the meaning of this corruption? Is it not corruption to demand to be paid before you vote? Don’t you think whoever paid you to vote for him will recoup his investment?

You rail against them on TV discussion programs and abuse them on social media, and you don’t find it contradictory sending messages the following day to send you money to solve your personal problem? When they do, where do you think the money comes from. You don’t know it is from the pay you tabulate and share daily on WhatsApp to show that they are gluttons who are taking more than their share of the national cake? Are you not putting on them more than their share of national responsibility? Don’t you know it pains when you take from them and still go ahead to call them thieves? Don’t you know the person who steals another man’s barrel of palm oil from the granary and the one who helps to bring it down are both thieves?

Many have slumped and died as a result of your pressure and insatiable demands.
They left behind young and innocent children. Many are treating chronic heart diseases because, in trying to satisfy your greed, they pace ministries and agencies looking for contracts and have become OVERSIGHT rats.

The last time I read the constitution, I didn’t see all of the things you mindlessly demand as part of their functions.

Just imagine Mr Voter, Madam Woman Leader, Sister Supporter and Brother State Boy, Area Chief, ah baba of them all, The Godather, that if all of these money spent is put in a trust for the education of your children, wouldn’t it have been more meaningful than the rice and cow you collected and you have since cast out as waste? No, you never want what can be of good for you at the long run. It is always instant gratification and you come into this with a sense of entitlement, an arrogance I have never seen or read of in any other democracy.

I chose life, rather than death, and refused your bait of giving me a second term. Please, know that what is left of me is this title. If you want, I may drop it and go back to live my normal life.

Just beware and spare me the continuous penance. Will you?

Babafemi Ojudu is Special Adviser to the President on Political Matters