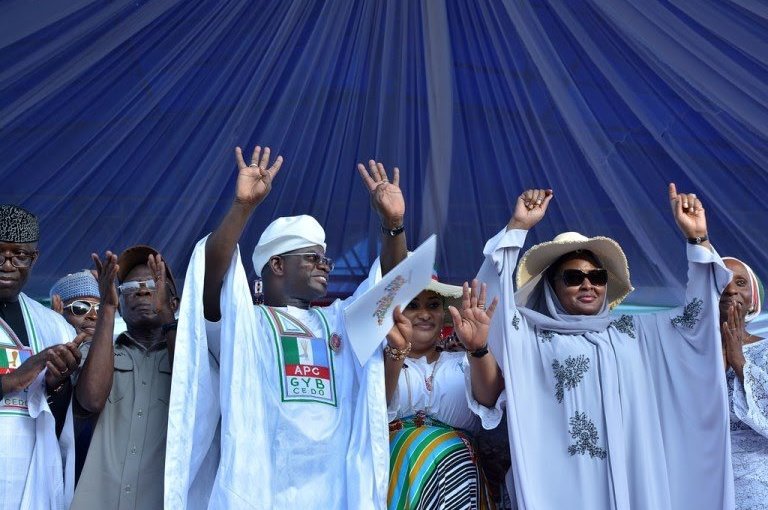 Mrs Buhari was at the All Progressives Congress rally in Lokoja on Thursday alongside party leaders – national chairman, Adams Oshiomhole; Governor Nasir El-Rufai of Kaduna State – and others.

She joined in begging Kogi people to forgive Bello for not paying civil servants.

Nigerians on Twitter have accused Aisha of hypocrisy, saying she accused Buhari’s government of being hijacked by a cabal which did not have the people’s best interest at heart, yet she was supporting a governor who is owing salaries.