The death toll from Typhoon Hagibis, the 19th to hit Japan this year, has risen to 74. Thousands of residents remain without power or water after the powerful wind struck eastern and central Japan last week Saturday.

Floodings caused by the Typhoon has also drowned ten 12 car bullet trains operated by Japan Railway Co. The typhoon brought torrential rain which triggered the overflow of a nearby Chikuma River.

All the 120 cars on the ten bullet trains were damaged by the flood. Two of these trains were also derailed, with one being swept 10 to 15 meters from its original position.

The figure is around one-third of all the trains used on the Hokuriku Shinkansen Line. The line connects Tokyo and Kanazawa in central Japan.

Services are expected to be fully restored in a weeks time. To resume the line, Railway operator, East Japan Railway Co. (JR East) will utilize backup bullet trains to restore 80 percent of the normal timetable by Oct. 25.

The affected trains will be scrapped despite the undercarriage waterproof features. The operators fears the trains will not run safely after being submerged for a long period.

According to a railway systems specialist, the affected cars

“May have suffered fatal damage to their core parts including motor speed control inverters.”

Each of these totally submerged bullet trains cost an estimated 3.3 billion yen ( $30 million or about ₦10.8 billion) brand new.

Japan’s world-renowned high speed Shinkansen trains are rarely late. Each of these bullet-trains departs Tokyo Station every few minutes for Osaka and other destinations. The lines are viable alternative to air travel. 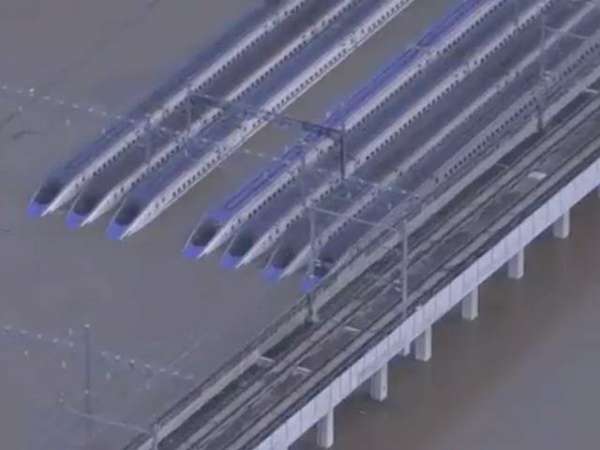