Asim Omar, a top Al-Qaeda commander has been killed in a joint US-Afghanistan raid.
He was killed alongside six of his fellow terrorists during the raid on the Taliban in Afghanistan’s Helmand province on September 23, Afghanistan’s National Directorate for Security revealed on Tuesday Oct 8.
A photo appearing to show Asim Omar’s dead body was also released online after he was killed in a US-Afghan joint airstrike. 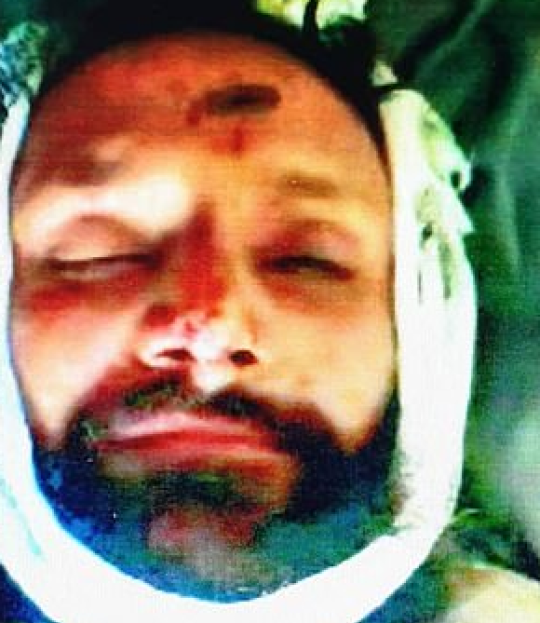 Omar who was the head of operations in South Asia died alongside his courier to Al-Qaeda leader Ayman Al-Zawahiri.
‘They had been embedded inside the Taliban compound in the Taliban stronghold of Musa Qala,’ added the Afghan intelligence services’ statement.

The operation targeted a Taliban hideout in the Musa Qala district, but at least 40 people attending a wedding party were killed on the same day, according to provincial officials, in US airstrikes.
Helmand’s Deputy Provincial Councilman Abdul Majed Akhund said most of the dead were women and children.
Fourteen people were reportedly arrested, including five Pakistani nationals and one Bangladeshi.
The statement said a large warehouse of supplies and equipment was also destroyed.