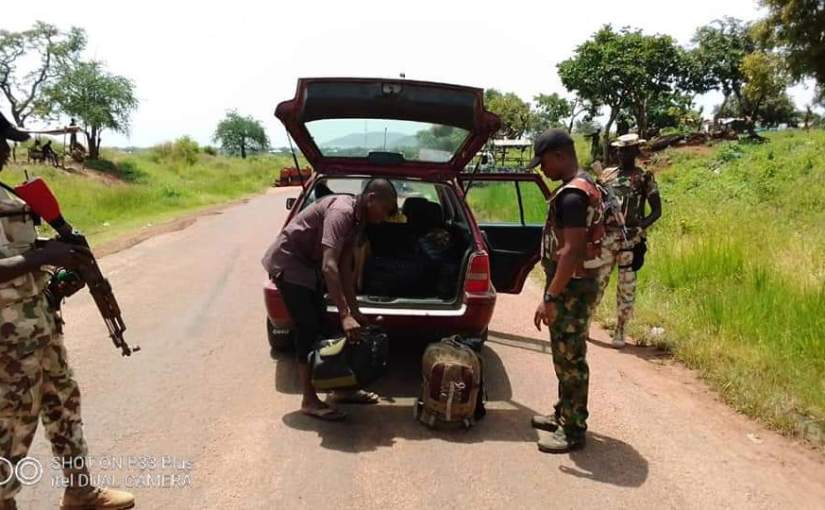 The Nigerian army have said that it has arrested 5 key terrorists logistics and firefighters, Leakers.ng reports.

This is coming following its recent launch of “Operation Positive Identification” in North Eastern part of the country.

People living Borno and Yobe states are implored to be moving around wherever they are going with valid means of identification such as National Identification Card, Voters Registration Card, Drivers’ License and International Passports or other valid official identification unless they want to be mistook for terrorist, Leakers.ng reports.

Recall that based on credible information that some of the fleeing criminals are hibernating in some towns and villages of Borno and Yobe States in particular and North East in general, the Theatre Command OPLD enjoined members of the public to always carry valid means of identification such as National Identification Card when moving or passing through Adamawa, Borno and Yobe States.

The troops are directed to strictly check legitimate means of identification only before allowing anybody passage and the general public is hereby enjoined to cooperate with the troops by moving along with valid identification cards and present same to the troops in the efforts to rid the North East zone of criminals fleeing for safety.”