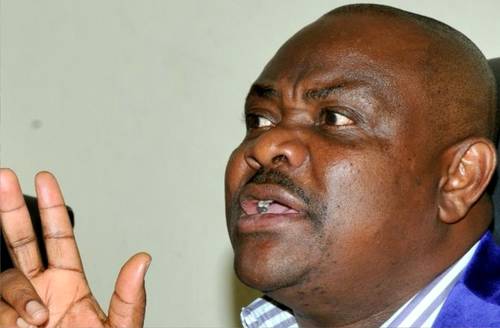 Rivers State Governor, Nyesome Wike, has said he has nothing against Islam or any faith amidst storm over the reported demolition of Trans-Amadi Central Mosque in Port Harcourt.

Wike said this on Sunday while showing the chairman of the Nigeria Governors’ Forum (NGF), Kayode Fayemi, the site of the mosque he was accused of demolishing, Igbere TV reports.

Fayemi, according to a statement by his spokesman, Abdulrazaque Bello-Barkindo, was in Port Harcourt to verify the true situation of the matter.

Wike claimed that the site where the mosque was reportedly located was a sewage dump area.

He said: “I have nothing against Islam or any faith for that matter. As you can see there was never a mosque on this ground instead it is a sewage site which has been in contention between the state government and some groups because they want to develop on prohibited land.”

Wike appreciated Fayemi, who was accompanied by the Director-General of the forum, Asishana Okauru, for visiting to verify the truth about the situation.

He also commended Fayemi’s leadership style which he described as exemplary, noting that he did not join those who rushed to judgement on the matter.

Wike said: “Those who yelled about the demolition were being plain mischievous. There was nothing there to show that a mosque ever existed on the site.”