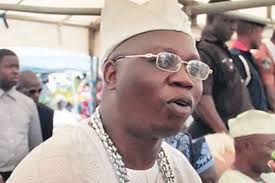 Iba Gani Adams, the Aare Ona Kakanfo of Yorubaland, has urged Nigerians living in South Africa and other foreign lands to be moderate in their dealings and shun criminal acts which may provoke their hosts to violence.

He also urged successful Nigerians working in foreign countries not to use their wealth to oppress the citizens of their host countries.

Breaking his silence on the latest xenophobic attack in South Africa, Adams who condemn the arson and inhuman treatment meted to Nigerians, however, said based on the facts he gathered, no Nigerian was killed in the latest attack, adding that videos being circulated on social media platforms are from previous incidents.

While declaring support for the actions taken so far by the Nigerian government, Adams who spoke with newsmen in Lagos, said some Nigerians in South Africa get involved in drug deals and also encourage South Africans to join them in the illicit business.

“There has been a pressure on me to issue a statement on this matter and I can confirm that as at this moment, no life has been lost.

The videos being circulated are old videos. That is why you can’t see pictures of killings in traditional media because they have the facts.

“Most of the gory pictures being circulated are on social, media. In this era of social media, anybody that has data are now journalists in their own rights.

“The last time I travelled to South Africa, I went to see a dentist who is from Congo. During our conversation, he mentioned about 50 Nigerian medical doctors whose establishments are in South Africa. If we bring 20 of these doctors to Nigeria, they will turn around our medical sector.

According to Adams, given the huge role Nigeria played the liberation of South Africa from apartheid rule, Nigeria does not deserve the kind of treatment it is getting. He added that the South African government should do more to protect the interest of Nigerians doing businesses in their country as the federal government is also doing to South African investments here.

“So, I think we should manage this xenophobic crisis carefully. I agree with the federal government because when you don’t express your displeasure over what happened, the other country will not know your worth.

The attacks are condemnable and I implore the South African government to go back to history and think of what Nigeria did for their liberation during the apartheid era.

“All the universities in Nigeria contributed to their struggle for independence against the whites. When they refused to release Nelson Mandela, our musician’s waxed albums calling for his release. So, we have done a lot for them and any shortcoming from Nigerians has to be forgiven by South Africans.

“Also, some Nigerians will go to parties and clubs to oppress these South Africans. They buy champagne worth millions of naira and pour it on their heads while the citizens of South Africa are struggling to buy a bottle of beer. When you are in a foreign country and God has blessed you, you need to be moderate in your dealings.

“Look at what happened here when Nigerians wanted to carry out reprisal attacks, our security forces still protected South African businesses despite the fact that our citizens are being humiliated in South Africa,” he said.