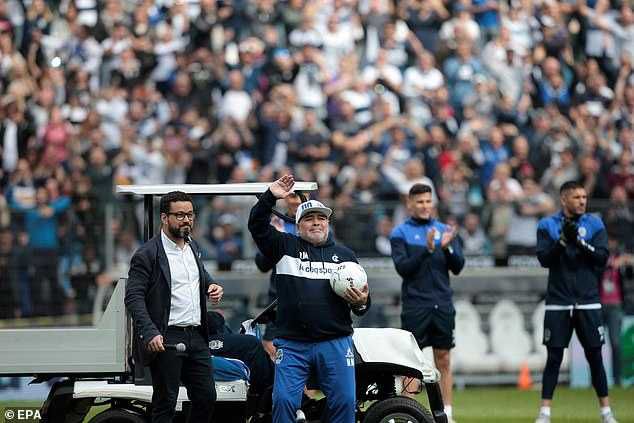 Argentina Legend Diego Maradona was left in tears at his unveiling as manager of Gimnasia with thousands of fans present, MySportDab reports.

Maradona has taken charge of Gimnasia, who are bottom of the Primera Division, until the end of the season, and arrived for his firsttraining session at the club.

Gimnasia are nicknamed El Lobo, meaning ‘The Wolf’, and Maradona entered the pitch at the Estadio Juan Carmelo Zerillo through an inflatable wolf’s head.

While the fans cheered, Maradona was then ushered into a golf buggy to take him to the centre circle.

Once he arrived in the middle of the pitch, Maradona,holding a football, was overcome with emotion.