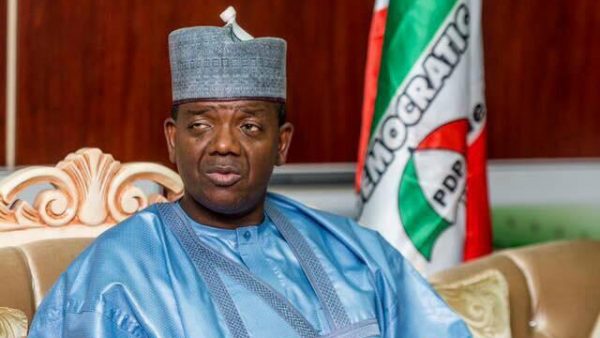 Governor Bello Muhammad Matawalle of Zamfara state on Wednesday laid the foundation for N8.631 billion RUGA project at Rinji Sakkida forest in Maradun local government area of the state. Speaking during the ground breaking foundation laying ceremony of the project governor Matawalle said RUGA project was aimed at transforming the way of life of Fulani community to be in tune with modern realities.

“Over the years, one of the thorny issues in the social life of our people is that of the perennial clashes between the communities of farmers and cattle herders. The primary issue at stake has always been that of access to grazing land, watering points, and cattle routes, which often clash with the interest of farmers for access to land for crop production.

“As we have seen in recent times, these conflicts have taken an uglier dimension such that we have never seen before.

In modern times, efforts are being made all over the world to transform system of cattle rearing and production from nomadism to sedentary” “It is, therefore, clear that our decision to embark upon RUGA project is tied to the broader issue of security, ensuring harmonious coexistence, and solidarity among our people, especially the farmers and herders,” he said. Matawalle said those were the essential ingredients for the development of any society adding that the state has had a bitter experience of years of banditry and other crimes which were rooted in farmer-herder conflict.

He said the three pilot RUGA settlements were to be constructed in each of the three senatorial zones and that each of the settlements would be stocked with state of the art facilities covering 100 hectares of land, which would make the environment lively for the community and enhance cattle production. The facilities include: veterinary clinics, cattle ranches, 210 housing units of three and two-bedroom flats, primary school of 12 classrooms and secondary school.