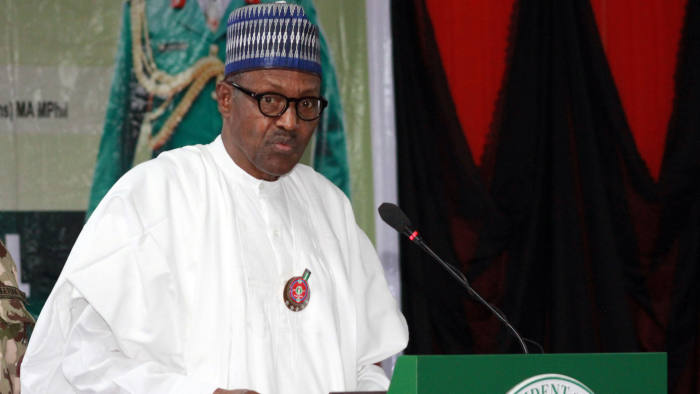 The Supreme Court on Monday dismissed the appeal seeking the disqualification of President Muhammadu Buhari in the 2019 presidential poll over alleged act of perjury.
The appellants, Kalu Kalu, Labaran Ismail and Hassy El-Kuris had approached the Supreme Court to nullify the candidacy of President Buhari in the just concluded presidential poll over allegations of perjury.
However, the apex court dismissed the appeal and upheld the decision of the Court of Appeal to the effect that it was statute barred and as such cannot be heard.
The appellants specifically wants Buhari’s nomination and subsequent victory at the February 23 presidential election nullified on the grounds that President Buhari lied on oath in his form CF
001 he submitted to INEC for the purpose of clearance for the presidential election.
In the Notice of Appeal marked: CA/A/436/2019, the appellants are asking the apex court for an Order to set aside the judgment of the Court of Appeal and hear the matter on merit and grant the reliefs sought in the Originating Summons.
The Court of Appeal in a unanimous judgment delivered by Justice Mohammed Idris, had on July 12, 2019, held that the singular fact that the suit was filed outside the 14 days provided by the law robbed the court of jurisdiction to entertain the suit.
The suit was accordingly dismissed for being incompetent and lacking in merit.
Details later