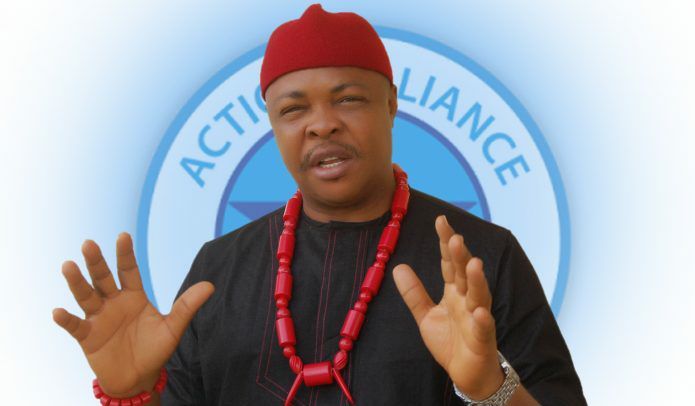 The victim’s wife, Genevieve, told Premium Times that her husband was kidnapped early Friday outside a Zenith Bank branch in Dutse Alhaji, Abuja.

The Action Alliance was the platform through which Uche Nwosu, son-in-law of former governor Rochas Okorocha, contested the governorship seat in Imo on March 9.

According to Mrs Udeze, the AA leader received text messages on Friday indicating heavy withdrawals, which were not authorised, from his bank accounts.

She said Udeze suspected his account had been hacked, prompting him to rush to the bank.

He was subsequently kidnapped on arrival at the bank.

She said Udeze was in the company of his driver and was taken away in a black SUV.

Okorocha’s son-in-law had attempted to remove Udeze from his position.

Udeze’s wife was quoted saying she suspected her husband’s abduction was politically-motivated.