A family in the Ikorodu area of Lagos state has been thrown into mourning after one of their sons, Yusuf Isiaka, was stabbed to death by his friend, Segun Banji, over a ram betting at the Oke Oko in Isawo, Ikorodu on Sunday August 4th.

According to reports, Banji, who resides at Number 15, Araromi Street, Oke Oko had a N500 bet with Isiaka on ram fighting. Both men bought rams ahead of the Muslim festival this Sunday August 11th. They agreed that they would allow their rams engage in a fight and anyone of the rams that loses in the fight, the owner will pay N500 to the other party.

The rams then engaged in a serious fight.

Trouble however started when one of them failed to give the N500 as earlier agreed. An argument ensued between them which led to a fight. Banji was said to have allegedly broken a bottle during the fight and stabbed Isiaka on the left chest. Realizing that he had committed a crime, Banji allegedly fled the scene but was fished out from his hiding place by officials of the Lagos Neighbourhood Safety Corps Safety Corps (LNSC) with the help of Owutu community members.

According to reports, while the suspect was being moved to the agency’s office at Bolade, Oshodi, for onward handover to the police, a military officer in Ikorodu stopped the team and asked them to stay back for the police to come and take him.

“We took the suspect in our patrol vehicle, but the military base in the area said we should wait at their checkpoint till the police arrive. On arrival of the Owutu anti-robbery squad, the captain directed that we should handover the suspect to the police and we all moved down to the station. A woman inspector was detailed as the Investigating Police Officer (IPO),” he said

Isiaka’s body has been deposited in the mortuary. 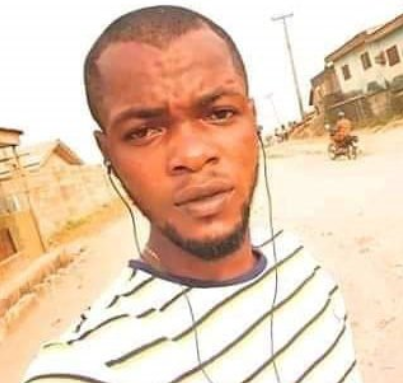