Protesters have reportedly besieged the Amnesty International office in Abuja, demanding that the human rights group leave Nigeria just after they were allegedly placed on security watchlist by the Federal Government.

Isa Sanusi, a spokesperson for Amnesty International Nigeria confirmed the protest and also told Premium Times that the protesters appeared to be pro-government as they were angry with the group’s criticism of the Buhari-led administration. 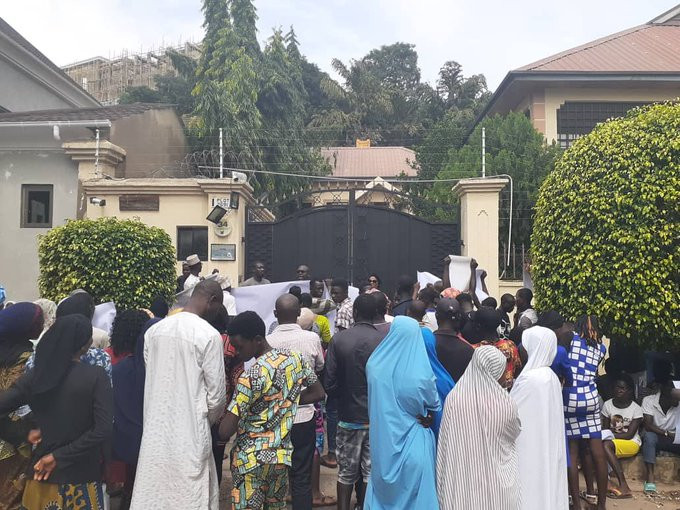 We reported earlier that Amnesty International was placed on security watchlist by the Presidency ahead of a nationwide “revolution” protest scheduled for August 5 and promoted through #RevolutionNow. The human rights group was labeled anti-government for retweeting the notice of revolution which the Presidency claimed is aimed at overthrowing the constitution.