At least 17 are dead after a Pakistani army plane crashed into a residential area in the major city of Rawalpindi early this morning, the country’s military said in a statement.

Residents reported hearing a loud explosion at about 2 a.m. after seeing a plane flying unusually low over the city. “It was very, very low, unlike the planes that usually fly over the area. Suddenly, the plane started doing somersaults in the air and abruptly crashed” said restaurant worker Irfan Zareen.

The plane came down in a suburb of Rawalpindi, between Bahria Town and the Defense Housing Authority, which is populated by working-class villages. Zareen said a number of houses were either damaged or destroyed. 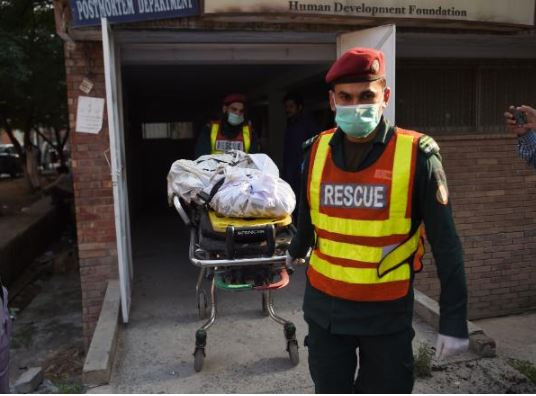 Bike shop owner Mehvish Iqlaq said army helicopters and ambulances arrived and sealed off the area within 10 minutes of the crash. The area had been dark, without street lights, when the plane came down, she added. “Perhaps the pilot had thought that was empty ground and attempted to land there,” she said.

According to the military’s Inter-Services Public Relations (ISPR) news agency, 12 of those killed were on the ground when the plane hit. The other five dead were crew members. Another two people have been reported injured. 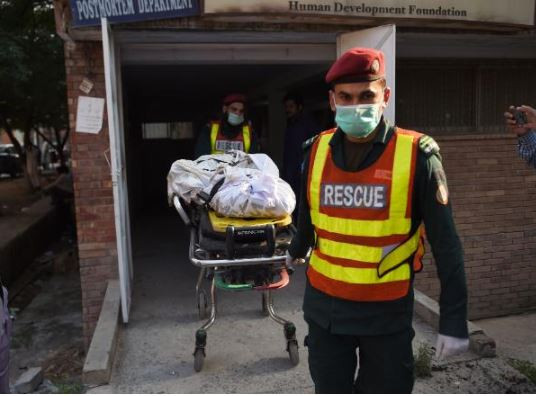 Among the dead were two high-ranking officers in the Pakistan army, the statement read. There is currently no information about what caused the plane to crash into the city, which adjoins the Pakistani capital of Islamabad.