A traveller got to the check-in desk and found his luggage was over the weight limit. What he did next has made him go viral.

John Irvine, from Scotland, was told his bag was eight kilograms too heavy and that he wasn’t allowed to check it in without paying some money for his excess luggage. The man wasn’t willing to spend his money on EasyJet extra charges so he put on all 8kg worth of clothes. 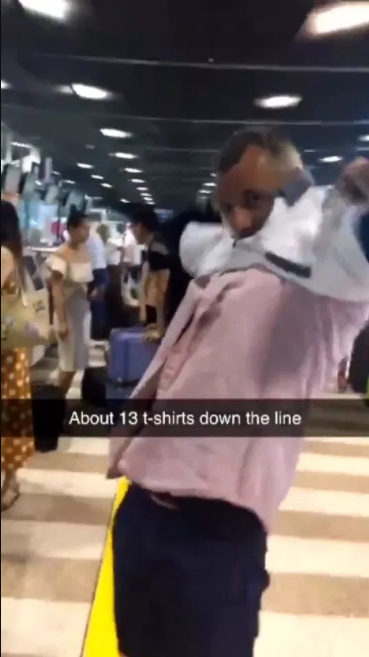 John Irvine and his family had been travelling back from Nice in France to Edinburgh airport when the incident happened. John’s son, Josh filmed his dad wearing all the shirts and jumpers, and posted it on Twitter.

The weather was around 30C outside and Josh, 17, said his dad was “sweating” because of all the clothes he had on to avoid paying the extra fee. 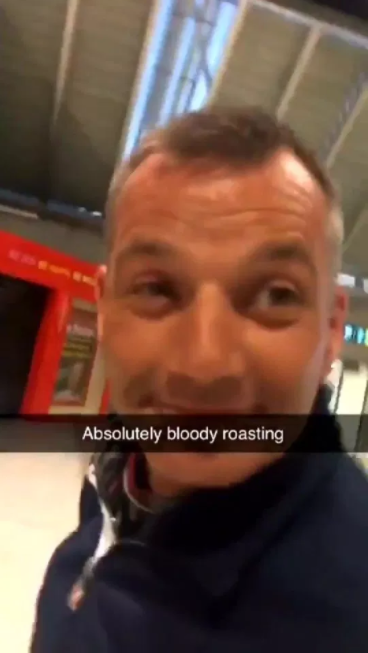 The video quickly went viral with numerous media houses commenting to ask for permission to post. Some also asked for an interview which Josh granted.

Josh’s dad was “mortified” when the footage started to go viral but he eventually laughed at it after watching it back a few times.

Watch the video below. 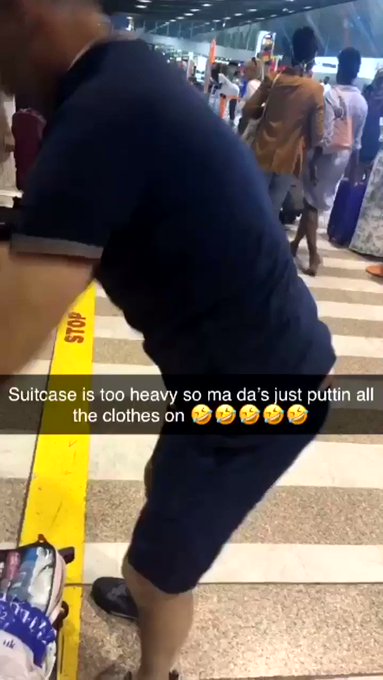 4,406 people are talking about this