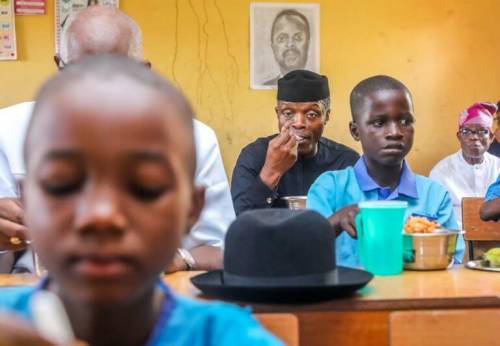 Contractors, who include members of the All Progressives Congress, APC, in Ondo State have been directed to refund N38 million being funds meant for the School Feeding Programme but allegedly diverted.

The Federal Government’s Home Grown School Feeding Programme which was launched last year in the state was meant to provide free daily meals for pupils in public primary schools across the state.

But the programme was halted in the state following the alleged diversion of the funds by the party leaders awarded the contract.

The Special Adviser to Governor Rotimi Akeredolu on Multilateral and Inter-Governmental Affairs, Mrs. Bunmi Ademosun said in Akure that the contractors have started refunding the money.

Ademosun said: “The Federal Government did not give money again in the state for school feeding programme because when we started the programme, those who got the contracts from the party (APC) did not even cook any food for the children.

“Some, for instance, even engaged people after collecting about N150,000 for 20 days now gave N10,000 to those hired for the cooking. There is nothing this amount can do.

In a swift response, the Peoples Democratic Party, PDP, in the state has called on the EFCC to investigate and bring the party leaders to book.

The party’s Director of Publicity, Zadok Akintoye, in a statement yesterday in Akure, said: “We are compelled as citizens of this great state, to draw the attention of the Economic and Financial Crimes Commission, EFCC, to immediately probe and investigate this allegation.

“While the Special Assistant to the governor alluded to the fact that some of those who have committed these crimes may have been clandestinely returning the stolen funds, we believe that such crimes, which is in direct contravention of the law must be thoroughly investigated and the perpetrators brought to book.”