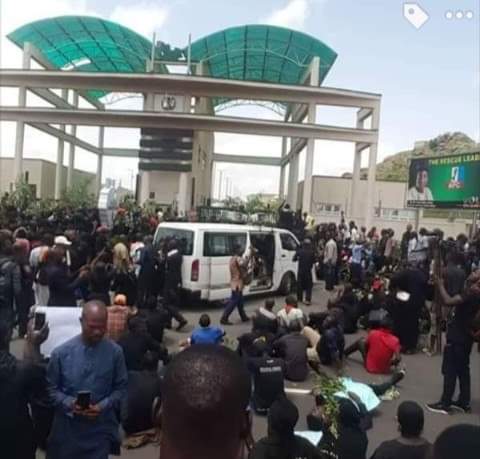 Hundreds of Protesters who were dressed in black called for the Resignation of Plateau State Governor asking why giving lands to Fulani herdsmen who had continually murdered thousands on the Plateau.