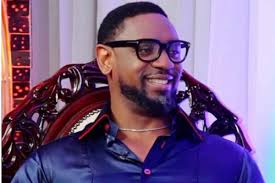 People claiming to be members of the Commonwealth of Zion Assembly (COZA) have allegedly been reaching out to social media influencers to carry out a social media campaign in defence of their pastor.

According to The Cable, social media opinion influencers are being offered as much as N2 million to upload posts in defence of Fatoyinbo.

Biodun Fatoyinbo, the senior pastor of COZA was accused of rape by Busola Dakolo, a celebrity photographer and wife of singer, Timi Dakolo.