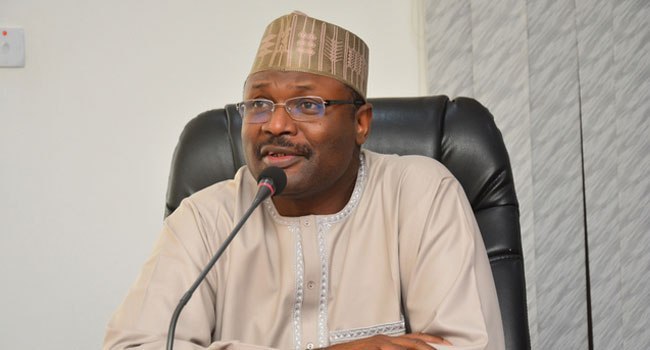 The Independent National Electoral Commission (INEC) appears not bothered by scathing indictment trailing its conduct of the last general elections. Chairman of the nation’s electoral umpire, Professor Mahmood Yakubu on Wednesday described the Commission under his leadership as the most improved public agency in Nigeria. He gave the self-appraisal at the review of the 2019 election conduct with the second batch of about 387 Election Officers (EOs) from the Southern states of the country. He declared that INEC has improved tremendously in its performance with each successive elections conducted in the country since 1999.

He said: “If you look at what happened to our elections since 1999, you will know that INEC is the most improve public service in Nigeria. We have offices at the grassroots, but we can do more.” He appealed to the Electoral Officers to feel free to ventilate their views and share their observations as he noted that the summit was meant to improve on its performance in last general elections. “Feel free to make the observations and necessary suggestions. It is an opportunity to make our elections better.

“Every organisation should be interested in the successive plan. The commission will not lose experience hands soon. We try to build the capacity of our EOs by giving them the needed exposure. We involved the EOs in foreign elections observation including various trips to Kenya, Liberia America. “It helps me to assess the EOs and I’ve not been disappointed with the quality of our EOs. You do more than just election day activity. We started in 2018 with the Continuous Voters’ Registration and about 14.2 million registered voters were added.”