Ralph Jankus, 52, who was on trial Wednesday in Krefeld, Germany said himself his wife Christel, 49, took part in a 48-hour sex session days after they tied the knot.
The pair engaged in a fatal 48-hour romp in July 2018 involving bondage and other sadomasochism techniques, which left the new bride with severe internal injuries allegedly after a sharp object was inserted into her, prosecutors said.

Experts later determined there was a barbed hook inserted in her that led to the internal injuries when it was removed.
Prosecutors allege the groom failed to get his new wife help and left her suffering for four days before emergency services arrived at the scene and were unable to save Christel.
The Self-confessed sadomasochist who started dating his wife in 2011 now faces manslaughter charges at the court in Krefeld, a city in North Rhine-Westphalia, in western Germany. 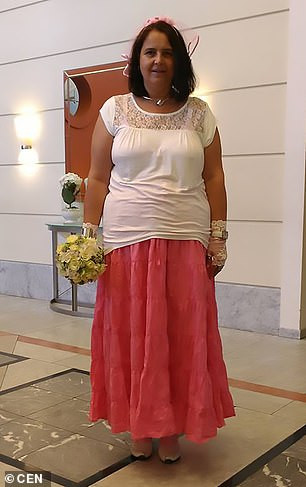 He is being prosecuted for failing to call for help, allegedly leaving her injured for four days, although, he claims he was not aware his wife was seriously ill.
When questioned, he told police the sex had been consensual and that he had been taking part in sadomasochism sessions for the past thirty years.

He told police: ‘It was our honeymoon period.’
He added that he loved his wife dearly, that the sex had been consensual and that instead of going on honeymoon, they had enjoyed a steamy sex session lasting days.
He took to Facebook after her death to inform friends and pay tribute to his late partner.
“I want to thank you all for the goodwill messages received on our wedding day,” he wrote. “Unfortunately I have to tell you that my dear wife suddenly died just eight days after our wedding. All the happiness I have experienced was in the years with my wife.”
The victim’s 30-year-old son, according to Daily Mail, claimed his mother had been abused as a child and was mentally unstable. He added that his mother was dominated by her husband and had started wearing clothes that covered her up well. 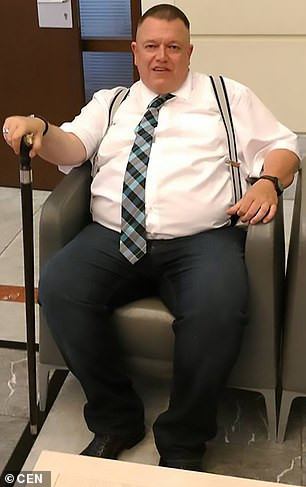 According to the report, she had also allegedly reported abuse at the hands of her husband before they got married, in 2017, but later withdrew these allegations and had spent some time in a psychiatric clinic.
Her son claims that she fled to a women’s shelter in 2018, before turning up happier and marrying her partner in July of the same year.

He said: ‘She had injuries over her whole body and in her genital region.’

The son said: ‘I made accusations to her that she was putting up with too much and that it should never have gone this far.’
He added he had seen bruises which his mother had shown him and she allegedly told her son that she never wanted to see her partner again and never wanted to be hurt by him.

He claims that Jankus ‘abused, mistreated and humiliated’ his mother, but added: ‘I do think she loved him though.’
The trial is ongoing.