A longtime city employee shot and killed 13 people and injured six others after opening fire on Friday afternoon in the public works building, making it the United State’s deadliest mass shooting this year.

Police said officers killed the man, whom they did not name, after he fired at them. One officer was shot during the exchange but was saved by his bulletproof vest, Police Chief James Cervera said during a news conference a couple of hours after the incident in the city’s Municipal Center in Princess Anne.

“This is the most devastating day in the history of Virginia Beach. The people involved are our friends, co-workers, neighbors and colleagues” Mayor Bobby Dyer said at a news conference.

The gunfire in Virginia Beach began shortly after 4 p.m. as workers were preparing to leave for the weekend. The shooting occurred in building 2, next to City Hall near the intersection of Nimmo Parkway and Princess Anne Boulevard. The planning, public utilities, public works departments and others are located there.

The shooter on Friday was a current employee of the public utilities department. Megan Banton, an administrative assistant in the public utilities office where the man worked, said her supervisor heard a noise then shouted for everyone to get down. The supervisor then pulled Banton and others into her office and shoved a desk against the door while Banton called 911.

Friday’s rampage is believed to be the worst mass killing in Virginia Beach’s history. Prior to this week, a shooting on June 30, 1994, at the Witchduck Inn held that distinction: Four people the business owner, two employees and a patron were shot to death at the restaurant.

In the U.S., it is the deadliest attack since the November shooting at Borderline Bar & Grill in California, when 12 people were killed. 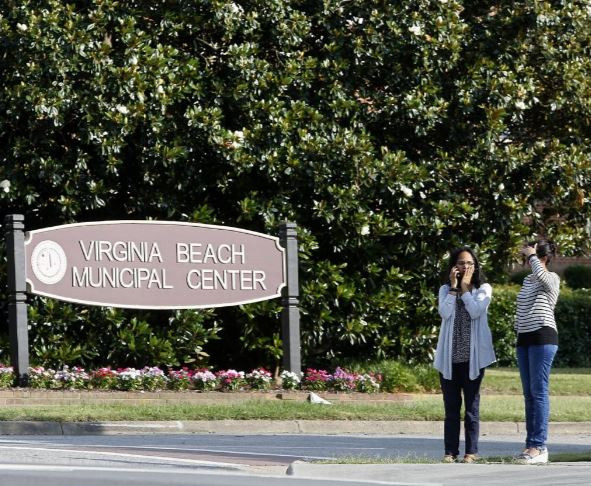