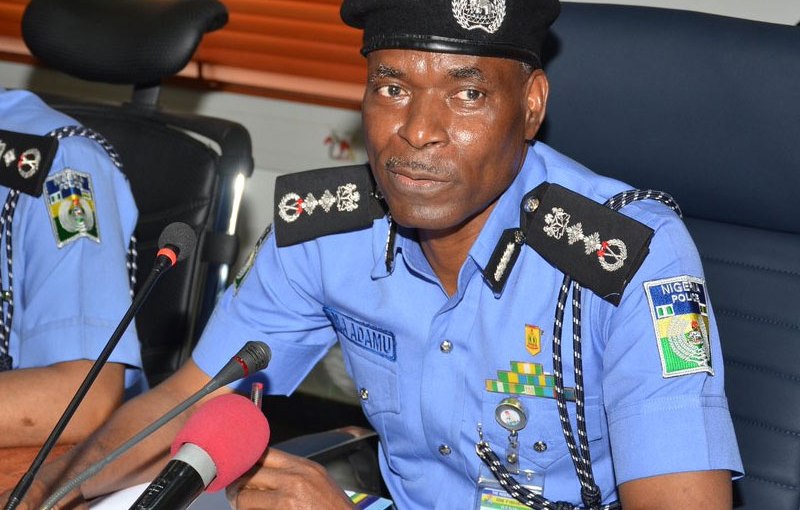 The Senate has summoned the Inspector-General of Police(IG) to appear before the upper chamber and brief it on an increasing spate of killings in different parts of the country.

This followed a 10-prayer motion by Sen. Shehu Sani at plenary on Thursday.

The bill titled, “Senseless Killing of a Briton and Abduction of Three Others in a Holiday Resort in Kaduna State by Bandits” was co-sponsored by all other lawmakers.

The Senate also urged security agencies to immediately deploy drones and interceptors in tracking kidnappers that were asking for ransom.

It equally urged the Federal Government to set up an inter-agency task force to tackle cases of banditry and kidnapping in Kaduna, Katsina, Zamfara and Niger states.

Furthermore, the Upper Chamber urged security agencies to give special cover to foreign workers and tourists.

It also urged telecommunication companies to provide security agencies with information in areas where kidnappings were taking place.

Presenting the motion, Sani expressed concern over the spate of killings

Contributing, the Deputy President of the Senate, Ike Ekweremadu, said the creation of state police was one of the major solutions to cases of killings in the country.

He further urged kidnap victims to open up on the hideouts and activities of kidnappers, to assist security agencies in arresting them.

“Kidnap victims should learn to open up and narrate their ordeal so that their hideouts can be traced.

“For instance, some people were kidnapped some time ago and one of them was a customs officer.

“They manhandled him more than their other captors and the ransom demanded from him was more than that of others.

“As they kept beating him a lady advised him to pretend to be a fake customs officer and that was how they brought down the ransom from 10 million.

“From what has happened to the Briton it is time we tackle this menace. It is becoming an embarrassment to the country, so, if it means declaring an emergency it is necessary.

“We need to declare a national state of emergency to enable the government put in place measures to end this problem.”

Sen. Joshua Lidani(PDP-Gombe) said the development if not addressed as soon as possible would greatly affect tourism and investment, among others.

He said, “It has become a routine to observe a minute silence and it is disheartening.

“The implication of the spate of killings in the country is enormous. It affects tourism as countries might begin to warn their nationals against coming to Nigeria.

“Everyday we are inundated with reports on killing and kidnapping; in fact, armed robbery is no longer in vogue. If not tackled we will not have an investment in this country.

“Nigeria is becoming a killing field and this will have an effect on investment and tourism. We need to do something drastic, something unusual that we have not done before.

“We need to mobilise the military to those areas and we should not be shy of asking for help, “he said.

Sen. Babba Kaita(APC-Katsina) called for specific suggestions on how to tackle the problem.

He said it was a collective fight that must not be left for the Executive alone.

The lawmaker said, “we should marshal out plans from the chambers of this Senate to secure this country.”

He also called for synergy between the Nigeria Police Force (NPF) vigilance groups and locals of affected states, adding that such move would drastically reduce the menace.

“We also need massive military deployment to these flashpoints, as well as come up with capital punishments for these crimes.”

Sen. Kabiru Marafa (APC-Zamfara) said, ” the north is at war. Unless something is done, I am afraid that in the next two to three years, the situation might be out of control.

“This has become a business because there is technically no business in the north. The way forward is to fight corruption and set standards.”

Sen. Andrew Uchendu (APC-Rivers) said the major reason for the menace was the high level of unemployment.

He noted that “until our youth are engaged, this problem will continue”.

The President of the Senate, Dr Bukola Saraki, said it was time workable solutions were employed to nip the problem in the bud.

’When we talk about the way forward, we need to be honest with ourselves because in addressing these issues we need to be frontal on what has led us to where we are today.

“We must look beyond our political parties and see it as a problem that all of us need to address.

Saraki expressed optimism that with the new Police boss, the relationship between the National Assembly would improve.

He said, “you have all been in this chamber for one year and noticed that we could not even communicate, converse or engage with the Nigeria Police.

“You were all here when the Head of Police refused to even come before us.

“How can we work together to move things forward because, at the end of the day, we must begin to sit down with those in charge and discuss what we need to do.

On the death of Faye Mooney, the Briton killed in Kaduna recently, the president of the Senate said it was unfortunate.

“Here is a lady that used to work in Iraq and Kosovo and did not die until she came to Nigeria. That does not portray this country in a positive way at all.

“As the Deputy Senate President and Senator Lidani said, there are going to be questions of people coming to invest in a country like this.

On efforts made by the legislature in the past, Saraki said, “If you recollect we invited the heads of security agencies and directed them to submit to us what they need and there was no response till date.

“So, what I think is that we should take it up from here. We should not get discouraged.

“We should go back and review where we are and find a way for our committees to re-engage the heads of our security agencies,” he said.